← more from
Mental Illness Recordings
Get fresh music recommendations delivered to your inbox every Friday.
We've updated our Terms of Use. You can review the changes here. 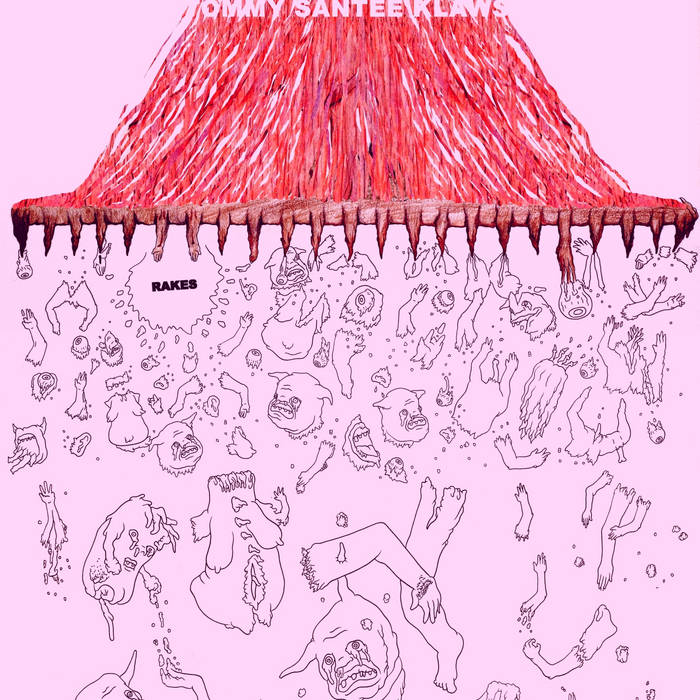 "This record is ruthless and filled with weather. Sometimes rain-addled, green, and gasping; sometimes barren, scorpion-infested desert fire; sometimes constellations. The band (more a friendly militia) seamlessly oscillates between each micro-climate. They are skilled navigators.
There are moments that bloom and flourish, suddenly, and your fingers mash at the increase volume button, to make it even bigger, or to somehow get it loud enough that it becomes tangible: vines growing up your chair, coyotes howling, flies struggling inside pitcher plants, a campfire. This cannot just be sound.
Despite its seriousness, there is something very devious here. Something a little romantic, too. Occasionally the music has a smirk; the awesomeness of feeling wretched. "Late Bloomer" has a mischievous nautical jauntiness. The drums in "Ooh Ooh Ooh" cascade like rocks thrown off a cliff. “In Formation” is so epic, the sun and moon can’t decide whose turn it is to shine.
Rakes was recorded nomadically, in the months between winter and spring, across the pacific southwest, some in studios, and some in an old garage and other homes. Field recordings were made, at a pond, in the rain, among the birds, adding to the soundscape provided by a variety of toys and childhood amusements."
-Gerard Olson